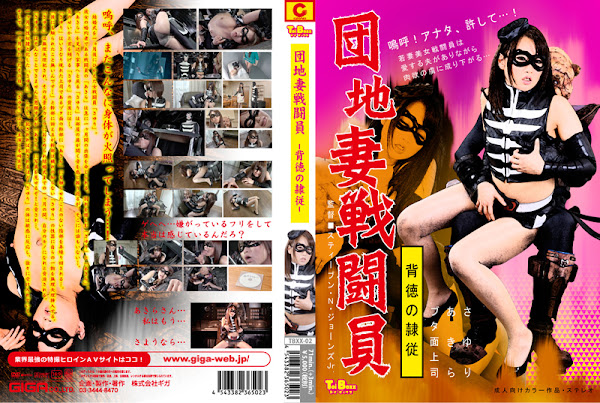 A female combatant ’Sayuri’ will do a wedding one month later. Her fiance ’Akira’ who is a combatant is suddenly ordered a business trip for one month. ’Sayuri’ and ’Akira’ feel the sorrow of parting. After ‘Sayuri’sees off ’Akira，’ she’s back to do housework but she hears sound of the door opening， and she looks back but nobody is there... She thinks that it’s just her imagination， but behind her back... A person who is there is her boss who is a cadre and just looks like a pig. The cadre suddenly plays cat with a spot where even she never allows ’Akira’ to touch... She shouts to the cadre， ’Even my boyfriend never touches it...’ But the cadre forcibly inserts his pole into a vagina of ’Sayuri，’ which has never been spoiled. ’Sayuri’ is disgraced by constraint， and the sight is shot with a camera， and the cadre threatens her to be his sex servant for a month. ’Sayuri’ craves that she cannot do such a thing， but the cadre again threatens her to show ’Akira’ the picture!... Now ’Sayuri’ is a complete sex servant for a month. But as much as ’Sayuri’ is disgraced， the flesh reacts sensitively and gradually accepts the pleasure. And the day after a month pass by， ’Sayuri’ is... [BAD END]