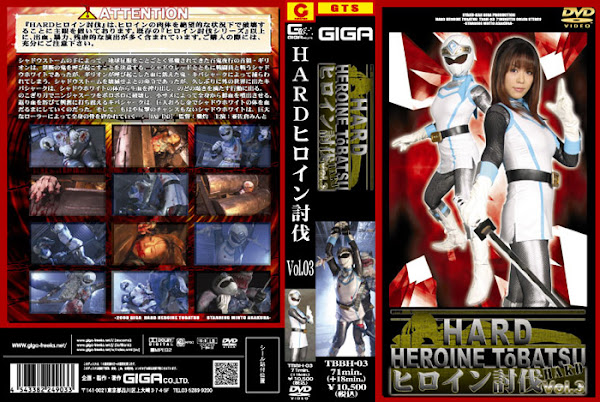 Girion is the leader of “Night Parade of One Hundred Demons，” a group planning to conquer the whole world， but their plans are all thwarted by Shadow Storm. Frustrated， Girion decides to conjure up the forbidden goblin. Shadow White fights the enemy combatants with Shadow Red， but she is caught by Kiba Shark， blood-thirsty goblin summoned by Girion. Kiba Shark is ordered by Girion to eliminate the Shadow Storm members， but because he is free for the first time in a long while， Kiba Shark ignores the order and quenches his thirst with the blood taken from the body of Shadow White. Using a saw blade， Kiba Shark tears her ninja suit to tatters. Then the mini shark joins torture and the red blood begins to gush from all over the body. Covered with her blood， Kiba Shark gets excited and tortures Shadow White with a huge metal grater until her body becomes a mass of blood. She cannot fight any more and a giant roller starts crashing every bone in her body…. BAD END