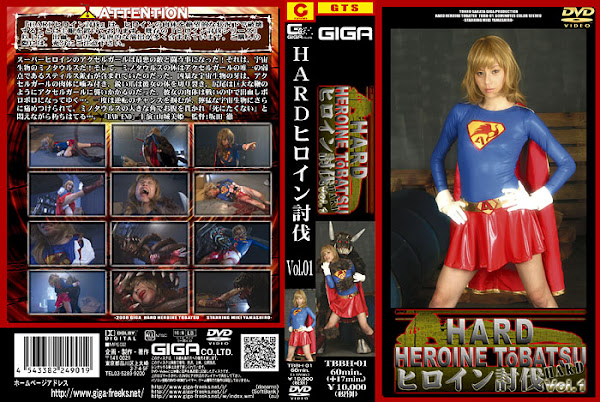 Super Heroine， Axel Girl could not help fighting against the worst enemy. It is the space beings， Minotaurusu. Unfortunately， however， Minotaurusu had Stylus Ore， which was the only weak point of Axel Girl， in its body. The fang of ferocious space beings bit Axel Girl. Its sharp nail cut up her body and its tail attacked her like a big whip. Her body emitted blood and got ragged. She got the reversal chance once， but was knocked out harder by the vicious beings.Then， finally she was pierced by the belly by the big horn to fall into a decay with agonizing and shouting that she did not want to die. (BAD END)