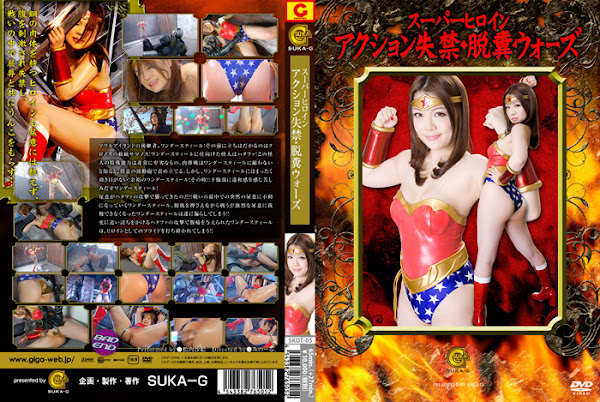 Wonder Steel is the rightful heiress of Soul Island! But Samanos， Chronos’ head， confronts and defies her! Samanos sends out a monster named Hatafa! A mean and cowardly monster Hatafa， knowing that there is no chance of winning the close-combat battle against Wonder Soul， uses his special power Wave Motion Gun. But it doesn’t work on her! It looks like an easy victory for Wonder Steel when she starts writhing in pain， feeling there is something wrong with her lower stomach! The fact is， because of Hatafa’s attack， she starts feeling an intense urge to urinate!! Wonder Steel， suffering an urge to urinate in the middle of the fight， is slowly cornered. Wonder Steel still continues to fight， desperately pressing on her bladder， until she can no longer hold it and pees in her pants!! But Hatafa does not stop attacking， and Wonder Steel now suffers a severe stomachache， and her pride as a heroine is completely shattered in the end!!