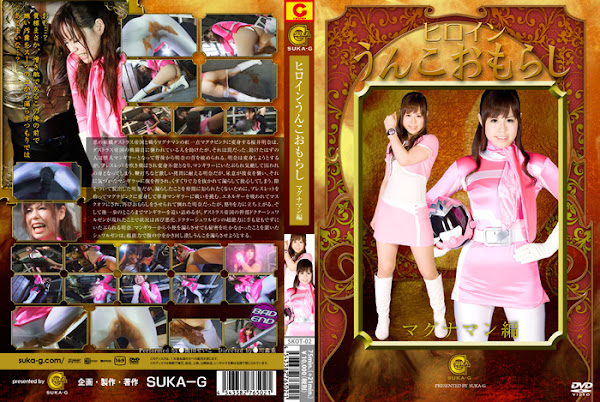 Magna Pink， aka Akina Sakurai， fights against the Dustruss Empire because they were attacking the civilians. But the person whom she saved transforms into Mangira and strangles her. Akina tries to transform but she loses the transformation bracelet and gets tortured. Akina bears the whipping， but suddenly she wants to go pee. Mangira punches and tickles her until she wets herself. Akina escapes from them but since she didn’t want her comrades to notice， she transforms to defeat Mangira. But she didn’t have enough energy to completely transform. She corners Mangira but the Dustruss Empire sends out Doctor Schwarzen to finish her! Mangira forces her to excrete everything. [BAD END]