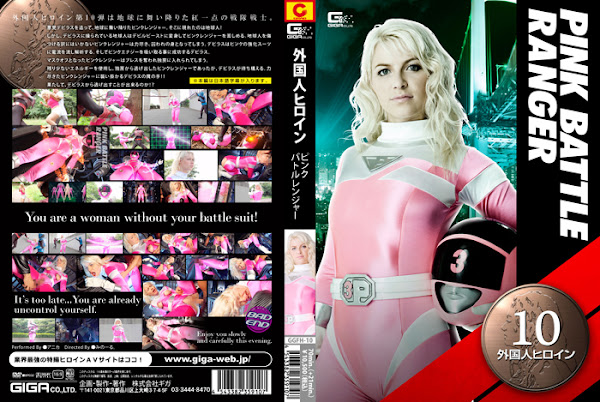 Pink Ranger has come down on Earth， chasing after Devil Devillas. Then， here appears an earthling! But， the earthling， puppeteered by Devillas， transforms into Devil Beast to torment Pink Ranger. Pink Ranger， avoiding to hurt the earthling， drains her energy and gets caught. Devillas runs electricity onto Pink’s reinforced suit to test its strength and succeeds in sucking Pink’s energy out. With her mask taken off， Pink Ranger loses her breath and gets confined into a jail cell. Using her last remaining energy， Pink Ranger breaks out from the cell， where Devillas has been waiting. Exhausted， Pink Ranger is assailed by Devillas’ ferocious hands!! Can she ever get away from Devillas!? {Bad ending}