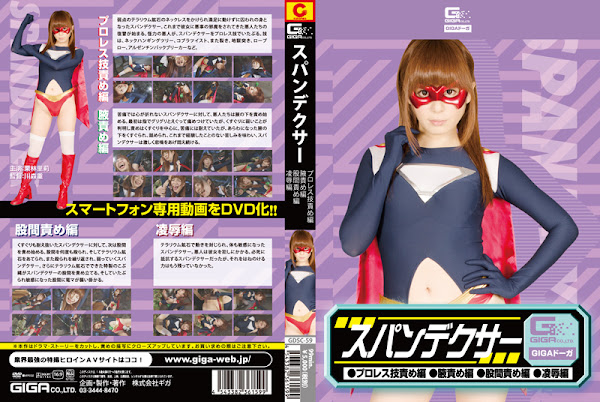 [Wrestling Moves] The wrestlers make Spandexer wear a Terrarium necklace. They use wrestling moves to torture the beautiful heroine. Neck hanging tree， abdominal stretch， banana split， low blow， back breaker， and etc. [Armpit Torture] Spandexer still believes she can make a comeback even after the torture. But when the wrestler begins tickling her around the armpit， she shows her weakness. The combatant licks her armpit... [Crotch Torture] Spandexer bears the tickling attack， but now they begin hitting her crotch. They beat on her numerous times and stick a Terrarium ore on her. Then they use a special rope made with the ore to hit her weak spot! [Surrender] She loses control of her body due to the terrarium ore， and the enemy assaults her. She tries to get him off of her but she no longer had enough power to do so.