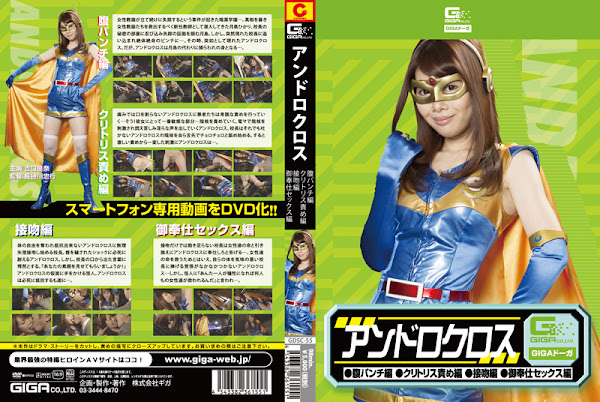 [Stomach Punch] Female teachers are disappearing in the Darkness Academy... Hikari Tsukishima enters the academy as a newly-appointed teacher to unravel the truth. Hikari enters the Principle’s office to search for some evidence. But unfortunately， he returns to the room! That moment， Androcross appears to save Hikari but gets captured. To find out where Hikari is hiding， the Principle commands a monster to torture Androcross... [Clitoris Torture] Even after the torture， she does not speak about Hikari... So the monster tries a different way of torturing. He uses an electric massager on Androcross’ pussy. Then the Principle begins licking her clitoris. ’I get it now， the reason why you don’t tell us where Hikari is， is because you love what we’re doing to you’ says the Principle. ’N... No， what are you saying...’ says Androcross. But... Now the Principle forcefully kisses Androcross while she is hung from the ceiling. She bears the embarrassment from getting kissed by a criminal. Androcross is shocked by his words， ’Now lets take that mask off’ The monster puts his hands on her mask and strips it off. Now the Principle knows her secret， Androcross is Hikari!! ’Ah， so it was you， Ms. Tsukishima. No wonder you don’t speak where she went’ Androcross screams， ’What happened to all of the women who’ve dissappeared!?’ And the Principle replies， ’If you truly want to save them all， you must kiss me!’ Androcross kisses him and... [Sex Service] Although the deal was to simply kiss him， the Principle changes his mind. She is told to give him a blow job... To save the lives of many， Androcross must make up her mind... The monster says to her， ’By giving the life of one， you will save many... Not a bad deal， eh?’ Androcross decides to do what he says. She begins gently licking his cock and shoves it into her tight pussy. Every time the Principle moves， she almost faints. She uses up all her strength before the Principle cums. She is forced to make him feel good until the end.