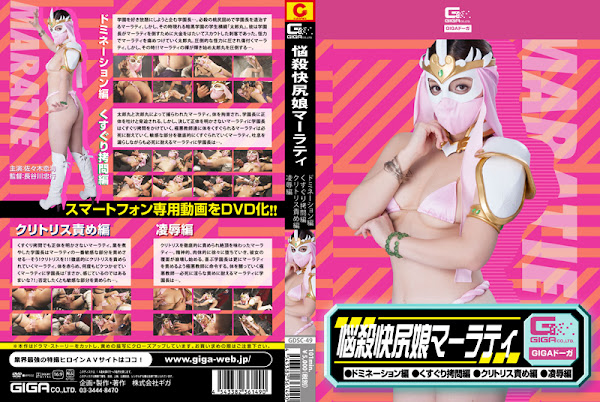 [Domination] The Principle wants to become the dictator of the academy... Maratie uses her special move， buttox attack to stop him but Taromaru (Yokozuna of the Darkness Academy) stops Maratie. Taromaru was hired by the Principle to terminate Maratie. He uses superhuman strength to damage her but Malatie’s loincloth begins glowing unnaturally. Taromaru is overwhelmed by her attack and Jiromaru appears... [Tickling] Taromaru and Jiromaru capture Maratie and chains her up. The Principle threatens her to reveal her true identity. The Principle commands the atrocious teachers to tortures her by tickling her. Maratie tries to bear it but the Principle tries a different attack... [Clitoris] Maratie still does not speak of who she truly is. Principle is now very irritated and begins attacking her most delicate spot... Her clitoris! Maratie reddens her body， and the Principle asks， ’Are you feeling any better?’ Maratie wants to deny him but she no longer has the power to speak and the Principle decides to take it to the next step. [Surrender] Maratie is exhausted mentally and physically from getting her clitoris attacked... her mask begins to break apart. Principle enjoys watching Maratie suffer and commands the atrocious teachers to attack her even harder. They carress her body even harder... Then the Principle commands them to bring the bugs. They insert the disgusting bugs one by one into her vagina and Maratie fights against the them swarming inside her vagina. Maratie drops a bug from her vagina and the Principle is in rage. He plugs her vagina with his penis so they will no longer fall.