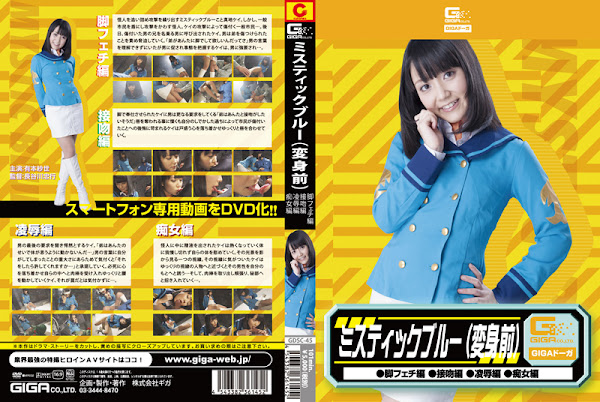 [Leg Fetish] Kei Machi is chasing after monster， but the monster uses a civilian as a shield and she accidentally hurts the civilian... Few days later， Kei gets called by the brother of the civilian. He says， “My brother wants you to caress him with your legs” Although she could not comprehend what he meant， she does what he is told... [Kiss] After caressing him using her legs， now the man says， ’Now my brother wants you to kiss him’ She want to refuse kissing the guy， but feels guilty for what she has done. She slowly places her lips on his lips... [Surrender] Kei is shocked after hearing the final request. ’My brother cannot move his body anymore because of you...’ But she decides to do as she is told because she wants to atone for her sin. She inserts the man’s dick gradually inside her and moves her hip hardly for him to ejaculate... [Slutification] After getting ejaculated in her vagina by the monster， Kei begins masturbating to stop the ache. And there is someone watching her from the side. Kei notices the sight and approaches the person. She takes out the man’s penis and inserts it into her vagina.