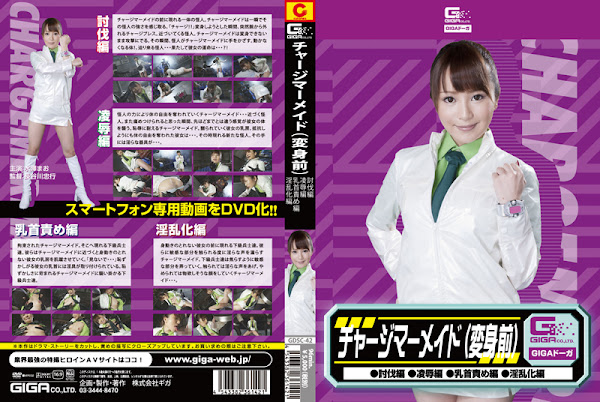 [Subjugation] A monster appears before Charge Mermaid. She knows that she is up against a powerful enemy in an instant. Just when she tries to metamorphosize， she realizes that her special bracelet is missing! She uses her bare fist as a last resort to fight against the monster， but the monster freezes her body. Then the monster draws near her... [Surrender] Due to the monster’s curse， Charge Mermaid lost her special abilities... Just when she thought she was going to get beaten again， an another monster shows up besides it. In its hand is a nasty tool that is used to torture her vagina..! [Nipple Torture] Charge Mermaid is captured and the combatants surround her now. The combatants rip her shirt off and begins caressing her boobs. Charge Mermaid kindly asks them to stop looking at her but they ignore her and continuously plays with her titties. [Slutification] The combatants want a new way of torturing Charge Mermaid， and decide to get to the next step. Every time a finger touches her vagina， she experiences a pleasure she has never felt before. Soon she mutters “Please touch me... more...” Charge Mermaid feels very embarrassed for saying such things but she can no longer restrain her sexual desires.