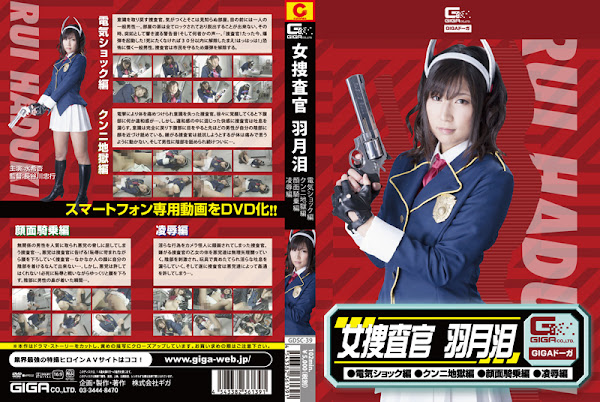 [Electric Shock] The investigator regains consciousness. She is inside an unfamiliar room. And an unfamiliar civilian in front of her… The doors are locked， she has no way of escaping. Suddenly， an alarm goes off! And a mysterious voice… ’Hey Miss Investigator， I’ve just activated the bomb for ya! If you don’t wanna get killed， you better detonate it within 30 minutes!’ The investigator tries to detonate the bomb but when she touches it she gets electrified!! [Cunnilingus Hell] The investigator lost consciousness due to the electric shock. But she feels something irregular touching her lower body. The civilian man is licking her pussy! She tries to get him off but… [Face Sitting] The investigator is forced to listen to the combatant’s orders because a civilian is held hostage. The enemy orders her to lower her body onto the mans face. The investigator gradually lowers her hip and when her vagina touches the mans nose she gives a gasp! The combatant orders her to move her hip all by herself. As she rubs her vagina against his face， she begins to enjoy it… [Insult] Camera Monster recorded the lewd side of her. The combatants forcefully toy with her body. The combatants use a toy to play around with her. And finally the investigator gets banged by the combatants!

Post a Comment for "GDSC-39 Rui, the Attractive Investigator (The Electroshock・Cunnilingus Hell・Press the Buttocks on the Face・Humiliation・)"