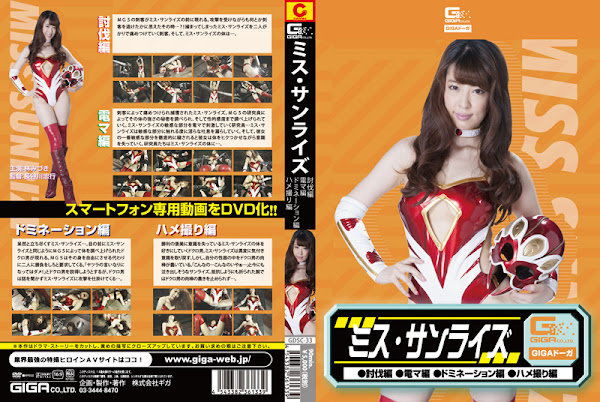 [Subjugation] Assassins from the MG5 attack Miss Sunrise. Although she was skillfully evading their attacks， Miss Sunrise gets captured by the two and... [Vibrator] Miss Sunrise is sent to the MG5 Laboratory for further investigations about the secret mechanisms of her body. The researchers decide to study about her erogenous zone by using a golden vibrator. Miss Sunrise passes out and twitches from the pleasure. And yet an another test awaits her... [Domination] ’The winner of the battle will be released from confinement’ says an agent. Miss Sunrise is forced to fight against the Skull Man， whom the MG5 had researched just like her. Miss Sunrise tries to persuade Skull Man from fighting but fails to do so. Unwillingly Miss Sunrise is forced to fight back. Just when she was about to finish him， she feels an irregular pleasure in her vagina and collapse. When Skull Man attacks her back， the squirmy feeling in her genitals disappears. And again and again... What was set in Miss Sunrise’s vagina? [POV] After the fiend battle， Skull Man forgets the original purpose of the battle and begins screwing Miss Sunrise. When Miss Sunrise regained consciousness， she finds herself getting assaulted. She begs him to stop， but the berserker can’t hear her words.