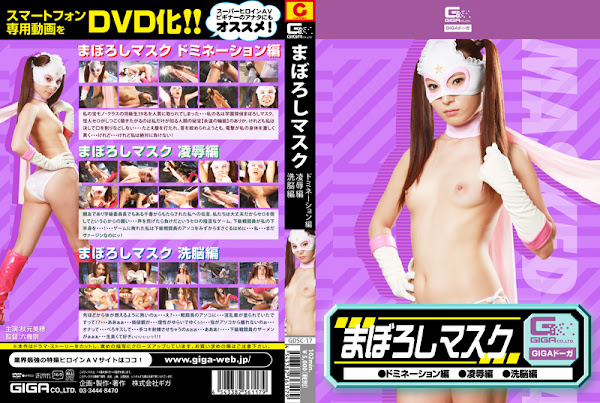 [Domination Part]: ’My precious thirty nine classmates have been held as hostage...I’m a campus detective named Phantom-Mask. A spooky man Cero has been persistently searching for a hidden treasure ’the Wheel of Eternal life’ that I only know where is hidden. But， I will never let myself speak of where it is...Even if I have the belly beaten and have the neck strangled. Lightning strokes violently strike through the body...But...I will never surrender!’ [Surrender Part]: ’I’ve got a message from Chiharu who is my best friend and class president. She tells me that they’re all right and she dearly wants me to beat Cero...But Cero puts me in a nasty game that I will lose if I lift my voice. Some lower class combatant is doing something with the lower half of my flesh...!... After losing the game， they force me to grope a sausage of the lower class combatant...Even if I am...Still virgin!’ [Brainwashing Part]: ’The body is burning so hot since a short while ago...What?...All over the sausage of the combatant...was coated by a sexually seducing drug!?...Ohhh Nooo!!...My sense of value and...Ohhh， my rational nature are swaying...I cannot let my fingers get off from my sausage-grinder...Now I’m masturbating...And doing tongue wrestle with the foe...and I shake the sausage， and make it comeeee...Oh boy!...Semen of the lower class combatant...Smells so fishy but I love the smell so badlyyyyyyyyy!!!’