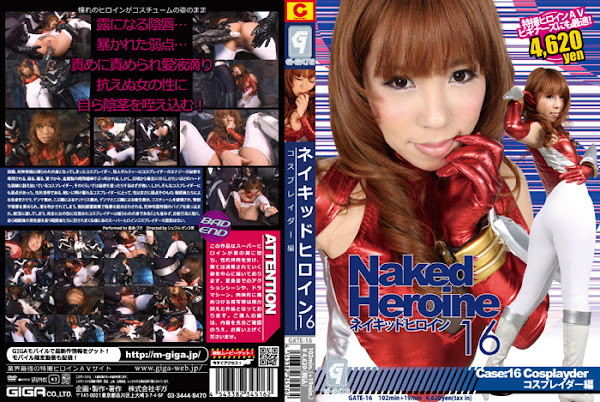 Cosplayder， captured by the long-time enemy Death God Empire， gets questioned by Specter Guilty for the secret of Cosplayder’s energy. Slugged， kicked， grabbed and clubbed by a metal torture bludgeon， Cosplayder survives because she has daily been trained to endure indescribable harsh attacks. She just cannot blurt out the secret. But， Cosplayder has one weakness. Sexual punishment. For Cosplayder， engaged in fighting day in and day out， sex is her only weakness. Fighters grope her body and torture her with electric massagers. With her clitoris rubbed by knotted rope， the electric massager and the knotted rope feel her up for duplex diddling. Her costume ripped off， her hips and slit groped， she is made to squirt. Mounted on her face， she has her piss flaps licked and slurped. Cosplayder finally reaches her climax， with the Death Empire-special vibrator jerked into her cunt. Now fully awakened to female sexuality， she indulges in self-abuse， devours the fighters’ dicks with glee and gets screwed by them. She is no longer the proud Super Heroine Cosplayder. [Bad ending]