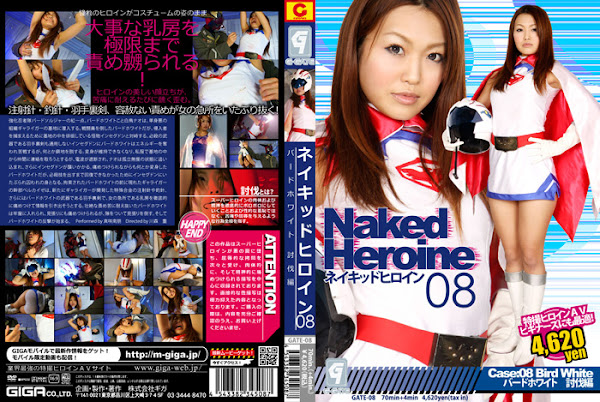 The sole female in the Reinforced Ninja Fighting Unit named the Bird-Soldier， Nao Shiratori(means the white bird) as the Bird-White solely sneaks into a base of evil organization named the Galagar. Though the Bird-White beats up the combatants， she faces with a monster， Insegdong， which is hanging around inside the base in order to capture the invaders. She throws her deadly weapon， the ninja throwing-knives with wings. But it doesn’t work against the monster， Insegdong， and contrary to her deed， her energy is deprived and faces tough fight. However， somehow fortunately she can escape from the narrow death. But she cannot keep her transformation any longer and she turns into her regular costume one. She tries contacting with her fellows. But the radio wave is totally cut off. Nao as the Birth-White is driven into an alone and unaided situation， and in addition to that she is attached by Insegdong. She is seriously hurt， but she just manages in transforming into the Bird-White. But she hasn’t restored her energy till she can lead out her deadly blow. So she is tormented by Insegdong， and she is totally captured. She is bounded， and in front of her， the Galagar’s cadre named Bellkaize appears. Bellkaize tries getting information from the White-Bird while Bellkaize thoroughly tortures one of female’s weak spots， her tits with the Galagar’s new developed special alloys， injection needles， fishing needles and also with the Bird-White’s weapon， ninja throwing-knives with wings. But somehow she bears through the magnificent torture and she is thrown into their jail. But she is hurt by the jail’s watchman. However， she catches the watchman off his guard and succeeds in beating up the watchman. And now， the bird-White’s counterattack is about to begin. [HAPPY END]