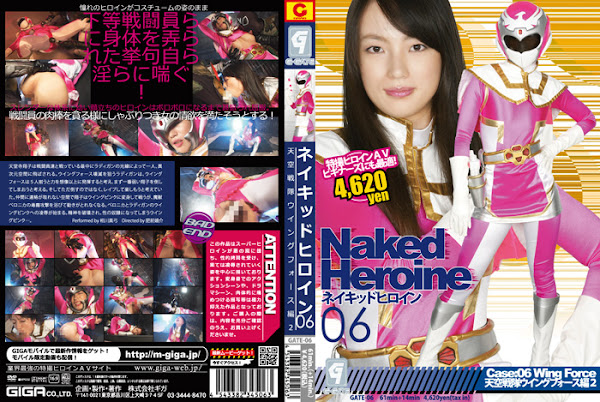 In the middle of fighting Radigan’s combatants， Shoko Tendouji is transported into another dimension because of the ray gun attack. Radigan intends to eliminate Wing Force， and， thinking the collective powers of five Wing Force members are much stronger than expected， he plans to first defeat Shoko， the weakest member of the five. And Radigan’s plans are more than just defeating her; what he really wants is enjoy raping her. Stranded in the different dimension， Shoko tries to contact with her fellow fighters in vain. Then she transforms into Wing Pink and fights the enemy forces， but Demon Monster Veronica’s poison spray attack incapacitates her. Veronica and Radigan start to humiliate and disgrace Wing Pink. With her mind destroyed， Wing Pink becomes a servant of sex in the end.... [BAD END]