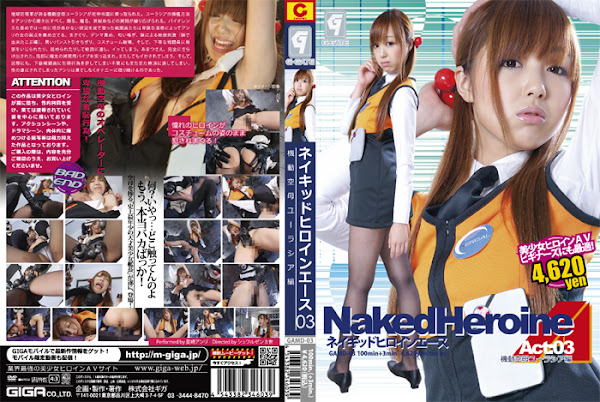 The mobile aircraft carrier Eurasia， the pride of the Earth Defense Forces， has been commandeered by the Death God Empire. For the carrier operation method of Eurasia， Anri is tortured by beating， kicking and strangling. Seeing that violence wouldn’t help crack her， the fighters turn to mean tactics to molest her weak points. Groped， thrust by electric massagers， sniffed， stimulated by a knotted chain in the groin， her black pantyhose torn off， costume ripped off， and with the lowly fighters molesting and licking her slit， she reaches climax. Moreover， a thick torturous vibrator is driven into her cunt， making her come again. And， she lets the lowly fighters mount on her for copulation， and she blunderingly comes to orgasm. Anri is now hooked to sexual pleasure and keeps indulging in self-abuse. [Bad ending]