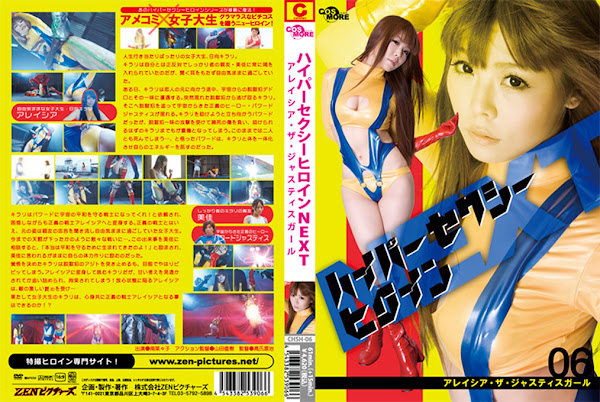 Kirari Hinata(means shining sunny land) is a female college student， just accepts things as they happen to come her way. Her best friend Mika (means the modest beauty)， who is just the opposite of such Kirari and also a reliable person， always gives a pep talk to Kirari， but Kirari always steps in her own shit with no ear. One day， on her way home， she encounters a runaway convict Deadraw and its partisans from the universe. Kirari runs from Deadraw and its partisans who have appeared suddenly， but there appears the space righteous hero， the Powered-Justice who has been chasing Deadraw. The Powered fights against the enemy to rescue Kirari， but he is mortally wounded by attack of them and even Kirari gets serious injury despite of being rescued. The two of them will be dead if nothing is done...the Powered realizes like that， so that he unites with Kirari’s body， charging the energy into her. Meanwhile Kirari is perplexed by a sudden request of the Powered demanding her to be a fighter to protect peace of the universe! But she transforms herself into the righteous fighter called the Aleisia. Though she becomes the righteous fighter， the original figure is just a female college student who has neglected the best friend’s advice and has stepped in her own shit. So that it becomes a terrible battle as if she incurred her previous life’s the wrath of God... Therefor， Kirari talks with her best friend Mika on this occurrence， ’Actually， you’re born in order to keep peace!’ Mika says and encourages Kirari. Then as a way Mika has said to her， Kirari strives for her making physical strength. Kirari finally prepares herself， and tracks to a hiding place of the running convict， but just as she has guessed， she gets freaked out in the imminent situation. However， Kirari transforms herself into the Aleisia and fights against the enemy. But her wishful thinking is perceived and she is cornered and is restrained! The Aleisia falls into an absent-mindedness state and receives the enemy’s intense torture... Well， is it possible for the female college student， Kirari to become the righteous fighter， the Aleisia physically and mentally!?