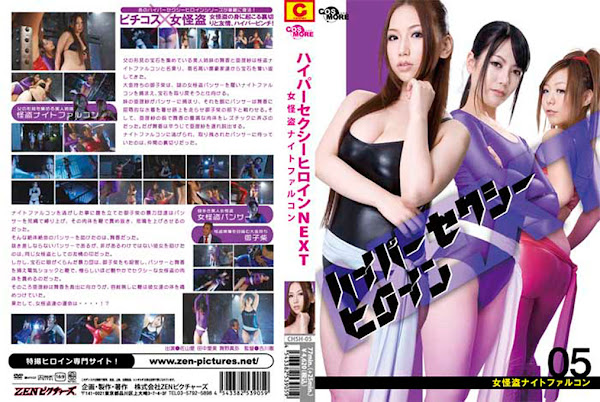 Beautiful sisters Maika and Arisa are Mysterious Thieves Knight Falcon collecting their dead father’s jewels scattered around the world. They are retrieving the heirlooms the corrupt millionaires unlawfully gained by stealing them back. However， a millionaire Mikoshiba hires a mysterious female thief named Panther in order to catch Knight Falcon and take back the jewel. After capturing the younger sister Arisa， Panther makes Maika run in the street in a humiliating swimsuit， and orders her to fight Mikoshiba’s henchmen. Then Panther enjoys humiliating Maika’s gorgeous body in front of Arisa in a lesbian fashion. But Maika and Arisa manage to barely escape from Panther， who， left alone， is betrayed by her partners. Mikoshiba’s gangsters， resentful of Panther for letting Knight Falcon escape， tie her up with a straw rope and punishment her body with a whip， making her cry and moan. Now Panther is in a pinch， but she is saved by none other than Maika. As a female thief Maika feels a special kinship with Panther， who is in trouble but does not entirely deserve it. But the gangsters become greedy， and in their attempt to get the jewel they murder Mikoshiba. Then they capture Maika and Panther， and subject their irresistibly erotic and sexy bodies to humiliating tortures. In the meanwhile， Arisa sets out to rescue the imprisoned Maika， while Maika and Panther get relentless whipping on their bodies. Now， what will become of the three female thieves!?