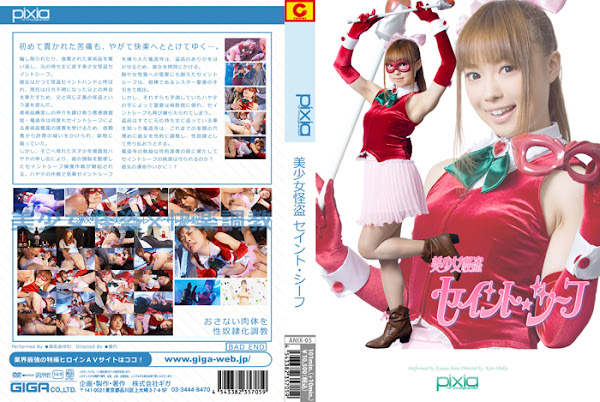 Meet Beauty Girl Saint Thief， a female thief who returns pieces of artwork that were stolen or wrongfully retained， to the original owners by stealing them back. Her father， now missing， is Saint Hand， a thief of justice， whose path his daughter follows with total dedication in order to find him. In the meanwhile， Ryudoji， a corrupt agent who secretly works as a go-between buying stolen art works， is in trouble. His clients suspect he is cheating on them， as every time he is given a job， Saint Thief interrupts， taking the precious art works away. A genius boy agent Hayate steps in， however， with an ingenious plan to catch the female thief. His plan works， and Ryudoji subjects the captured Saint Thief to tortures to know where the stolen art works are. Saint Thief endures electric shocks on the breasts and genitals， and manages to escape with a help from her partner Sister Seia. But Hayate anticipated all these moves. With a tranquilizer gun he incapacitates Seia and captures Saint Thief again. Learning all the stolen art works have already been returned to the original owners， Ryudoji as compensation for the loss decides to train Saint Thief as a sex servant and sell her. Ryudoji’s hard sexual disgraces are about to begin， but can Saint Thief defend her virginity? What will happen to her in the end?![BADEND]