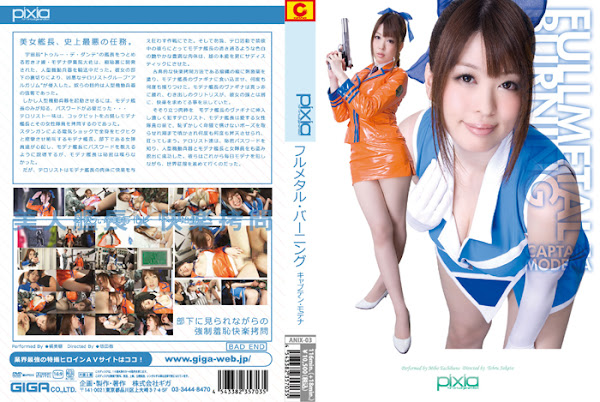 Colonel Modena Ijuin， the girlie captain of the spaceship Tour de Dante， is on a mission tour to transport mobile weapons. One of her men betrays and the most vicious terrorist group ’Algarim’ is allowed to sneak in. Their goal is to steal the mobile weaponry. But， to operate the mobile weapons， a password is required， which only Captain Modena knows... The terrorist group occupies the cockpit and gruels Captain Modena and her women crew. Hit by the stun gun’s electric shock， Captain Modena cries out in pain， twitching her whole body in convulsion. Her women crews， worrying about her， try to talk her into giving away the password， but Captain Modena would not talk. The terrorists change their tactics and give her sexual pleasures instead to derange her. Modena’s clean white plush body turns the terrorists sadistic and barbaric， who have long abstained from sex. They dab the knotted rope with the stimulant drug in a classic way of pleasurable torturing， which they put to Captain Modena’s vagina and rub into it time and again. Captain Modena’s cunt is now swollen in red， with the clit showing that she is now yarning for more pleasures despite her. Driving their bulging meat poles into her vagina， the terrorists screw Captain Modena fiercely， who comes time and again in shamefully obscene， miserable postures， squirting as her crew members look on and finally going mad. The terrorists find out the secret password and succeed in stealing the mobile weapons and capturing Captain Modena and her crew. They now disgrace Modena day in and day out， proceeding with their world conquer. [Bad ending]