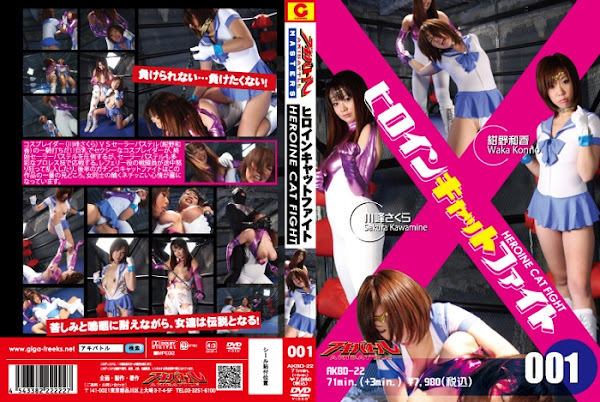 That’s the single combat between the Cosplayder(Sakura Kawasaki) vs. the Sailor-Pastel(Waka Konno)! The Copplayder， who has big tits， is overwhelming the Sailor-Pastel from beginning to end， but the Sailor-Pastel fights back with various kinds of pro wrestling techniques. In the middle of the fight， a combatant， who is a referee， gets angry and breaks into the fight， and in the second half， there is a serious showdown of the cat-fight. These two things are really worth seeing. Both females’ sentiment are exposed so uglily and tenaciously.