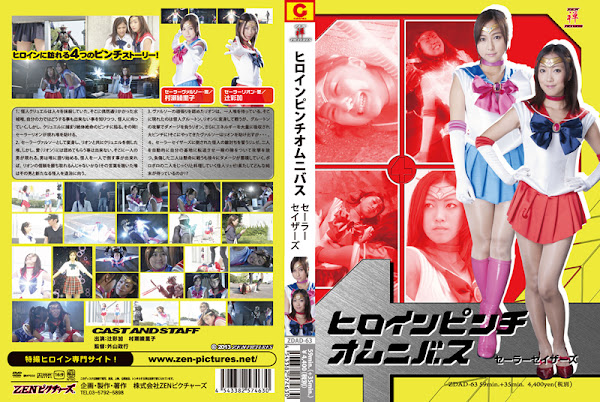 Chapter One (Cruelty): Kuryuer is killing many innocent people， and Yui Mizushiro incidentally walked by the crime scene. Although she knew she had no power to stop the monster， she decides to stop it. Unluckily， she gets caught by the monster and falls into a deep clutch. But that is when Sailor Rion appeared. Chapter Two (Lier): Yui morphs into Sailor Valso and fights with Sailor Valso to defeat Kuryuer. Sailor Valso wants Sailor Rion to respect her， but that was very difficult. A mysterious man appears and speaks to Sailor Valso that if she were to defeat an enemy all by herself， maybe that will change her opinion. Sailor Valso and the mysterious man head out to defeat a monster. Chapter Three (Gluttony): Rion acknowledged the efforts of Valso and waited for her alone. But there appeared Gluton. She morphs into Rion but gets damaged heavily by Gruton’s attacks. Valso also gets her energy sucked and falls into a pinch.Valso rescues Rion out but... Chapter Four (Sly): Ryuz swears to get a revenge on the Sailor Saizers. It transports the two into his lair and surprise attacks them. The two are wounded and Ryuz enjoys beating on them. What is going to happen to the girls!?