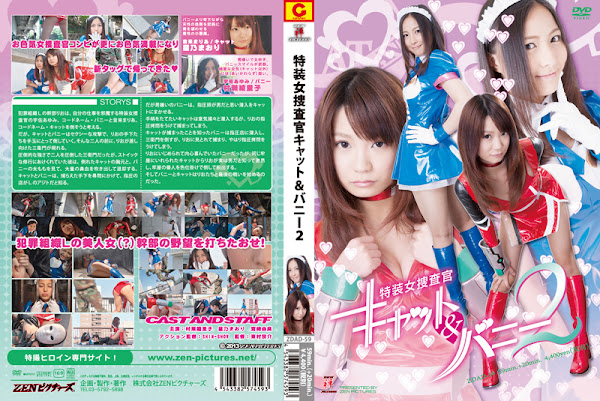 Rio is an officer of the Criminal Organization L. Rio plans a way to defeat the two special investigators， Bunny and Cat. But Bunny and Cat easily defeat Rio’s minions with their sexy moves. One day， Rio sends out a Miemon to defeat the two. Miemon overpowers the two but when he sees Cat’s cleavage and Bunny’s thigh， he shoots out blood from his nose and unwillingly retreats. Bunny and Cat question the lower combatant the location of their hideout is and finds out it is in a finger pressure therapy house. The two agree to sneak in to the shop but Bunny is a man-hater; she makes Cat sneak in as a customer instead. The therapy begins， but she did not know the therapist is actually Rio and Cat gets captured by enemy. Bunny hears about her partner getting captured and heads out to save her. She defeats Miemon but while doing so， she is fascinated by the looks of Rio and she gets captured by them as well. Bunny felt a bit happy about getting teased by Rio， but Cat informs her that Rio is actually a man. Bunny is in rage and defeats the guards. And so the showdown between Rio and the two investigators begin.