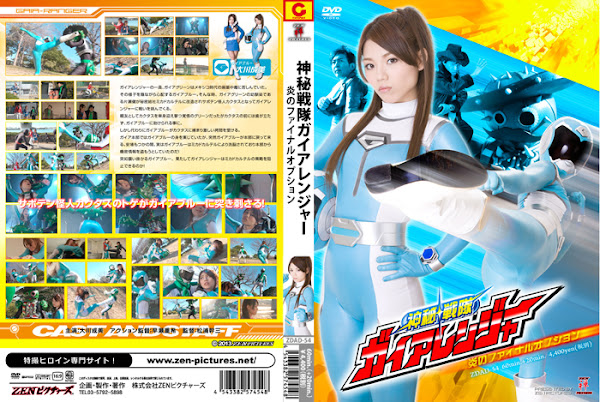 Guire Green， a member of Guire Rangers， has been suffering from the aftermath of narcotic addiction since his Mexican days. Guire Blue， watching his suffering， is worrying. Meantime， Ken Katase， an old friend of Guire Green since his child days， who has been turned into Monstrous Cactus by the secret junto Mikado Cartel， comes charging for a fight. As a close friend， Green is determined to confront Cactus all by himself， but he just cannot cope with Cactus and Guire Blue comes to his help. Instead， Guire Blue is caught by Cactus and gets tortured. At the Guire headquarters， Guire Blue is missed. Suddenly， Guire Blue comes back to the headquarters and peace returns. In fact， Blue has been brainwashed and he is sent to steal confidential information from the headquarters! Guire Blue jumps on Green all of a sudden. Will Guire Rangers successfully foil Mikado Cartel’s ploy!