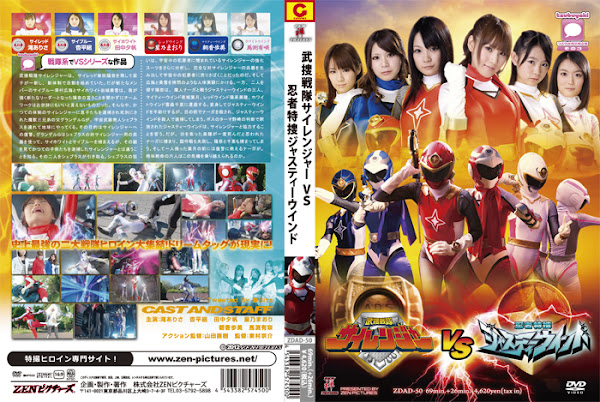 The Combat-Investigator Fighting-Unit Sirenger now has only one old member， the Si-Red Hina Shibata(means the red sunshine over a field of firewood)， but has begun activity under the new system with other new members. Yet， the teamwork cannot be said to be good for a compliment because the new members the Si-Blue Hiromi Sawamura(means a water boon village on the sea) and the Si-White Miyuki Iwamura(means beautiful snow on a rocky castle) don’t listen what the new leader Hina says. The meantime， the father of three evil-beast brothers named Grandell-G comes to the earth with a space arms merchant named Shebruss. Actually， the three evil-beast brothers were captured by the old members of the Sireger and those brothers were executed， so that Grandell-G comes to revenge the Sirenger. Grandell-G utilizes an arms which Shebruss made against the Sirenger， and he succeeds in capturing the Si-White and Si-Blue; however， when he sees their faces， he notices that they’re not ones who arrested his sons. So， now the two girls are taken over by the space arms merchant Shebruss. Actually， Shebruss’s aim is to further analyze the Strengthening-Suit of the Sirenger who is hated by many criminals in the universe， and to produce a perfect arms against the Sirenger and to sell it off to the criminals in the universe. So， Shebruss put Hiromi and Miyuki in torture like a human experiment. On the other hand， while Hina is searching for the missing two girls， she encounters the Justy-Wind who fights against one of the Nagas that are manitou men: the Justy-Wind’s members are the Mighty-Wind Hazuki Yashiro(means a phase of the moon over a night castle)， the Red-Wind Miho Hidaka(means beautiful spikes under the rising sun)， and the White-Wind Chie Yukimori(means tons of blessing on a snow forest). Hina transforms herself into the Sirenger， and rescues the Justy-Wind; however， the Justy-Wind kills the Naga， so she has to arrest them for murder. But the members of the Justy-Wind are released with a judgment of the boss named Tarma Nozaki (means many balls on a wild cliff)， and for the sake of that， the Justy-Wind swears to corporate with the Sirenger. But， Miho gets inpatient for success and unfortunately gets captured by the Naga， and in addition， they also fail a decoy mission， and Hina and Chie are also captured. Hazuki is only left but in front of her， the Naga stands against her and burns with revenge. Well， is it possible for the six girls in a predicament to overcome this crisis?