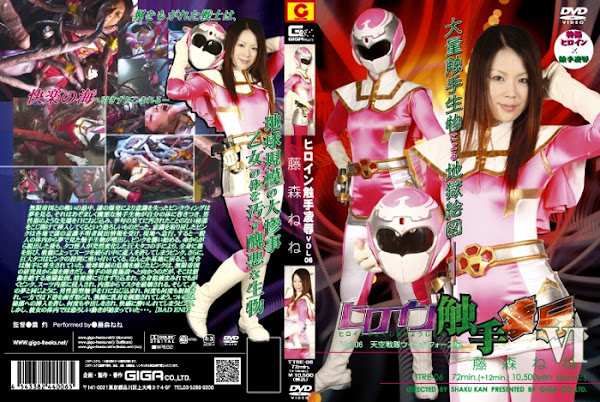 Blasted by a mysterious explosion during the battle against Infinity Empire， unconscious Pink Wing sees a strange dream. It is a terrible dream in which an incredibly ugly tentacle creature winds itself around her body， screws its head that looks like a male sex organ into her mouth， and then into her private place that no one has ever touched. She comes to herself and after receiving a report that people are slipping into unconsciousness everywhere， Pink Wing hurries to the scene. There a tentacle creature she saw in her dream bursts out from the victim’s body and attacks her. Pink barely escapes the creature’s attack， but the octopus monster suddenly transforms into a huge octopus and Pink Wing is assaulted by the monster octopus. Her body is covered in octopus ink and her suit is torn by the octopus sucker， but the octopus’s attack continues as it slips under her costume and sucks her crotch. Pink makes a narrow escape and returns to the base， but she discovers the commander is in fact being manipulated by the tentacle. Now Pink is facing the danger of total extinction of Earth. She gets information from one of the Infinity Empire’s researchers and rushes to the tentacle’s incubation facility， but unbelievable hells await her there. Pulled into the incubation tank， Pink struggles covered in slimy fluid. The monster sneaks into under her suit and destroys her mask from inside. After that， as in the dream she saw before， the monster screws its male genitalia-shaped tentacle into her mouth and ejaculates into it again and again. At the same time the monster rips off her underwear and insistently teases her nipples. Finally it penetrates into her private place and cums inside her body and ecstatic Pink wallows in pleasures. But something terrible is about to happen in her body….