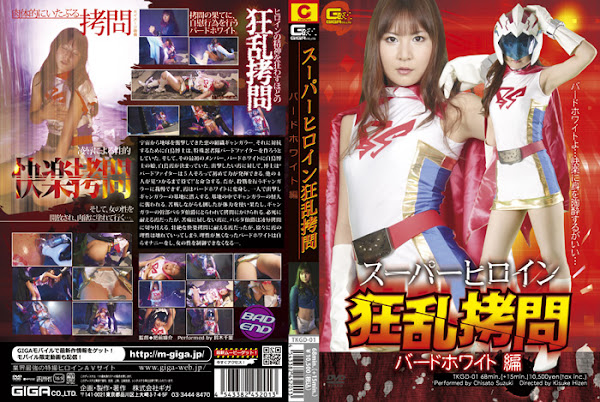 The earth is under threat of invasion from the evil forces Gangarer and only Dr. Shiratori can save it by forming a special unit， Special Ninja Squad “Bird Fighter.” Now the doctor has to recruit five members for the squad. The first member Bird White is already chosen; it is Dr. Shiratori’s own daughter， Kasumi Shiratori. Kasumi insists she set out to attack immediately， but the doctor stops her， saying Bird Fighter needs the powers of five members to realize its full potential， and she must wait until other four members are found. But Kasumi cannot stand by and watch the massacre by Gangarer and transforms into Bird White to infiltrate the base of the enemy forces on her own. Inside the base she is attacked by Gangarer’s monster. She manages to defeat it after a long and hard battle， but as she has used up all her power， she is captured by Count Varda， an officer of Gangarer. Kasumi is tortured by the Count， but she refuses to surrender despite the pains. Then， the Count switches tactics and he subjects her to disgrace tortures. Kasumi tries to endure the Count’s rigorous erotic tortures， but she slowly starts to lose her mind. Having lost completely her reason at last， Bird White begins masturbating and she cannot control her sexual desires any more. [BAD END]