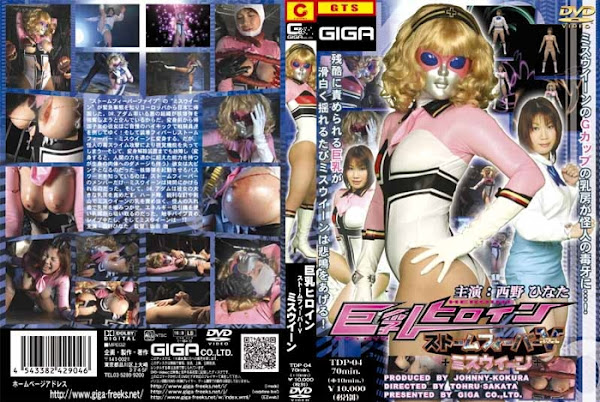 Miss Vienna of ”The Storm-Five-Fever” gets to know state of emergency， and goes back to Japan from Europe. It’s because an evil organization led by Dr. Adam has planned to seize a nuclear bomb. She， a returnee student， beats the combatants by her boastful high kicks even though she doesn’t transform herself! And then， after a while she executes the Fever-Installation and transforms herself into the Storm-Fever・Miss Vienna. However， her visual function is deprived by attack of a monster’s poison slime... And even the Transformation-Release-Equipment breaks down―if she transforms herself， she can have the capability to exceed man’s power by far， but accompanied also by the damage to a living body―and she is driven into a deadly pinch... Actually， only for the members of the Storm-Fever know a password which activates the nuclear bomb―so Miss Vienna is put into their torture. And then， Dr. Adam starts teasing her huge tits and keeps torturing her tits with a hard whip， a sharp nail and a pinholder. Dr. Adam makes the monster bite her tits with the deadly artificial teeth， and by the Energy-Sucking-Machine， Dr. Adam sucks her energy from her tits， and more: a tentacle vibrator torture， and raping her and shooting cum inside of her vagina―well， how is Miss Vienna going to be...!?