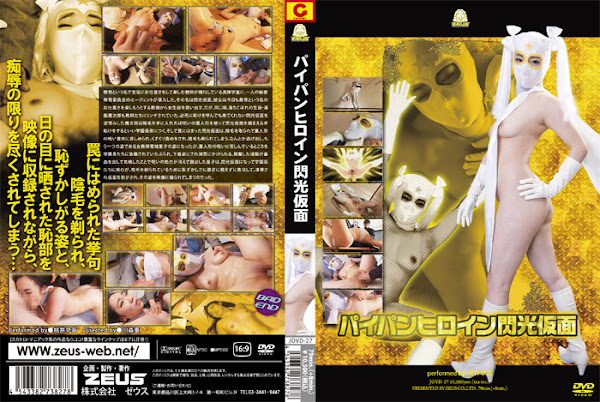 At the Majin Academy， where punishing students by teachers for pleasure is rampant under the disguise of educational guidance， a secret agent for the education board has sneaked in. Her name is Flashing Light Mask. Today， she rescues a girlie co-ed from the assistant principal who was just going for the kick of punishing. At around the same time， Majiro Urameshi， a drop-out student， was being kicked around in a lynch. He asks for help， but Flashing Light Mask doesn’t come to rescue. Disgruntled， he sides with the teachers， and the assistant principal promises that in return for some her pubic hairs he will catch Flashing Light Mask by driving a nail into her straw figure. Flashing Light Mask gets into a trap， her pubic hair plucked out， and the curse of the straw figure torments her. She gets tickled， with her pubic hair shaved off. Somehow， she manages to get away and turns into teacher Hoshiko Yukishiro， her another identity. But， the curse of the straw figure follows and troubles her， and she is taken back by the principal’s gang who start molesting her in her underwear. So excited that Urameshi faints， letting blood run from his nose， which cancels out the curse’s power. Hoshiko runs away and turns into Flashing Light Mask to challenge the principal and his gang. Alas， with no pubic hair， she feels so ashamed that she cannot fight with all her might， losing finally and getting screwed. Her mask is ripped off and her bare figure gets photographed. [Bad ending]