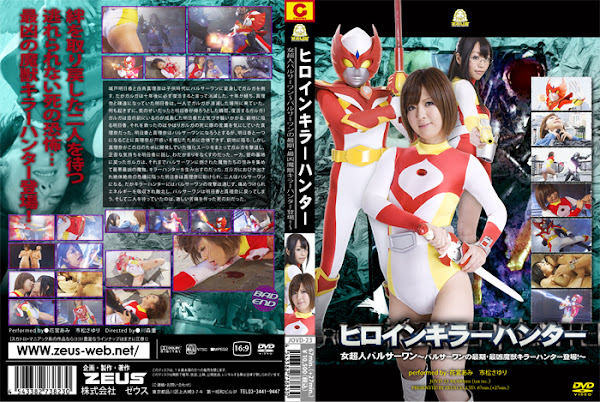 Two girls―Asuka Shiroto(means hopeful scent around a castle)， and Marina Shiratori(means a white bird with a truth)―once beat Galga at their childhood after they transformed themselves into the Pulsar-One together. But Galga said to revive certainly ten years later， and disappeared. Then， ten years have passed， Asuka has grown away from Marina. And one day she solely comes to a place where Galga disappeared. The moment Auska leaves the place after nothing was happen and she guessed it was just needless fear， Galga revitalizes. Galga notices a girl right before the eyes is Asuka who’s grown up， and attacks her. Auska is driven into a deadly corner， but she’s rescued by Marina who has also cared about what Galga said in its last moment. Asuka and Marina try to transform themselves into the Pulsar-One together， but Marina suddenly hesitates to unite with Asuka， so that they cannot join forces， and they find themselves in a jam. But Marina puts on the strengthening suit which has created for this day， and somehow succeeds in repulsing Galga. And after that Marina tells Asuka her own honest feeling， and eliminates vexations between them. On the other hand， Galga returns to the old secret base and collects grudges of evil creatures that were beaten by the Pulsar-One till then， and produces the worst and most vicious evil creatures named the Killer-Hunter. Asuka is lured by Galga and falls into crisis， but she is again rescued by Marina and they transform themselves into the Pulsar-One. But the attack of the Pulsar-One doesn’t affect the Killer-Hunter， and the Pulsar-One is knocked out and its energy is sucked and it’s beaten completely. And the Pulsar-One returns to Asuka and Marina， and what is waiting for them is a moment of death with intense pain. [BAD END]