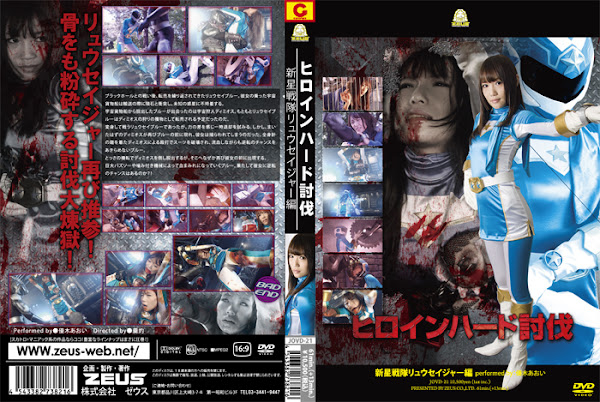 Since the end of the battle with the Black Hole， Ryusay Blue has changed hands many times. A space cargo ship carrying her is hit by a meteor， and the ship crash lands on an uncharted planet. Though Blue manages to get out of the cargo ship， she encounters a space hunter named Dimios. Ryusay Blue learns that she was being sold to be used as a quarry in Dimios’ hunt. Ryusay Blue transforms to fight， but realizing she is no match for the space hunter， she attempts to retreat temporarily. She thinks she has lost him， but Dimios quickly catches up with Ryusay Blue and captures her. Dimios using his armor covered with needles beats up the captured heroine， destroying her armored suit. Blue bleeds， but never gives up， believing in a chance to turn defeat into victory. With her quick thinking she defeats Dimios and escapes， but somehow is confronted by Dimios again. The enemy relentlessly keeps attacking her， using a huge buzzsaw and a biting machine. Can Blue， soaked and covered in blood， win the battle and escape? [BAD END]