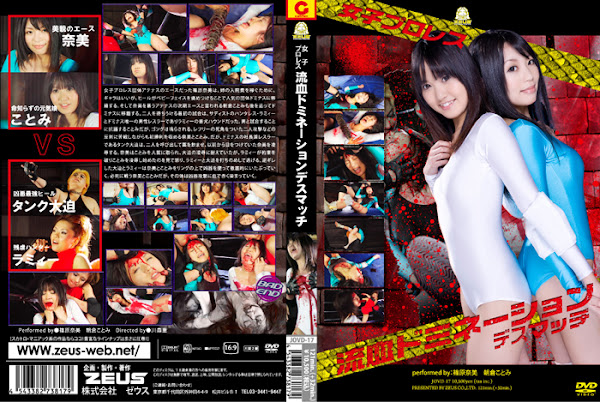 To make money for her elder sister in hospital， Nami Shinohara， an ace wrestler of a women’s pro wrestling organization Atenas， moves to another pro wrestling company Dominus， popular for its matches featuring heels beating up baby faces. Kotomi Asakura， Atenas’s up-and-coming star wrestler who adores Nami， also joins Dominus. In their first match the girls fight a sadistic female wrestler Hunteress Ramy， and Hound， the only male wrestler of Dominus who acts as Ramy’s faithful watchdog. Despite Kotomi’s protests that fighting a male wrestler is not part of their deal， the gong rings and the match gets started， which turns out very tough for the girls， with the Dominus wrestlers pulling out dirty tricks including two-platoon attacks while the referee is not looking at them. Nami and Kotomi manage to win the battle in the end， but Tank Oosako， Dominus CEO and sometime wrestler， frames the girls by drugging them and humiliates Nami， with whom she has been long infatuated. With Kotomi taken hostage， Nami can do nothing but endure Oosako’s disgrace， but when Ramy breaks their promise and starts humiliating Kotomi， too， Nami flips out， knocks down Ramy and Oosako and tries to run. Angered at unexpected attack， Oosako and Ramy beat up Nami and Kotomi in the ring ruthlessly. Though the girls attempt to fight back， the weapon attacks continue and their bodies get soaked in blood. [BAD END]