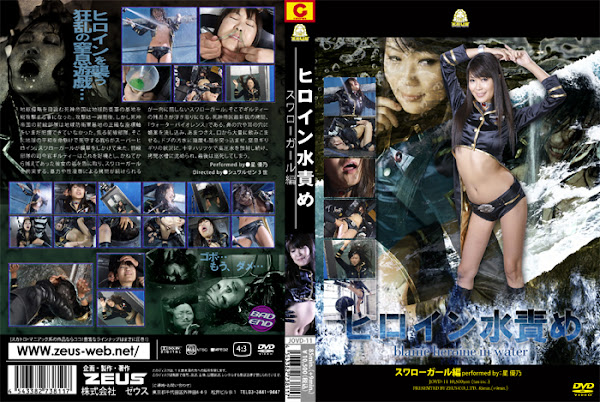 To conquer the Earth， Death Empire embarks on an all-out attack on the base of Earth’s Defense Forces. The attack is scheduled for the next week， but the Empire’s front-line troops have not obtained the precise coordinates for the Defense Forces’ headquarters yet. Time is ticking and the troops get desperate. That is when our superheroine Swallow Girl makes a surprise attack on them in her attempt to protect the Earth’s peace. Guilty， commander of the front-line troops， will not let this chance go by， and using her younger brother who has been kept hostage， Guilty successfully imprisons Swallow Girl. He subjects the captured superheroine to violence and sexual disgraces， but Swallow girl refuses to give in. The frustrated commander gives vent to his cruel nature by using the Empire’s latest device for torture called ’Water Violence，’ pouring aphrodisiac into her nose and ear， and forcing her drink lots of aphrodisiac from her mouth. He then plunges her face into the filthy sewage water over and over again， and she is nearly drowned to death. She gets crucified on a cross and tortured by torrents of high-pressure water， before she was thrown into the torture water tank and ends up drowning. [BAD END]