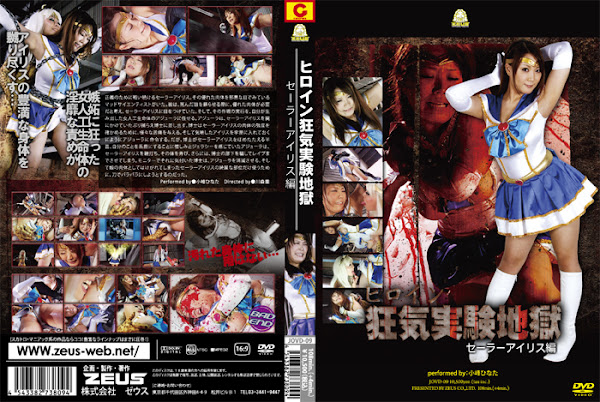 Sailor Iris is a fighter of justice. And there is someone staring at her well-shaped body with evil eyes. A mad scientist plans to use Sailor Iris so that he can resurrect his dead daughter. He orders Ajura， an artificial life form he created， to execute the plan. Ajura captures and tortures Sailor Iris before delivering her to the doctor. The doctor then makes her suffer various types of pain in order to see to what extent her body can resist them. Sailor Iris passes out， and the doctor tells Ajura to throw her into a dungeon. However， jealous of the praises that Sailor Iris received from the doctor， and angry at the slight put upon her， Ajura disobeys the order， whipping Sailor Iris， abusing her body and even tricking the doctor’s henchmen into raping her. When the surveillance camera catches her at it， the doctor eliminates Ajura. Thinking that Sailor Iris’s body is tainted and cannot be used as his daughter’s， the doctor dissects her body with a sword to use only the parts that are still clean. [BAD END]