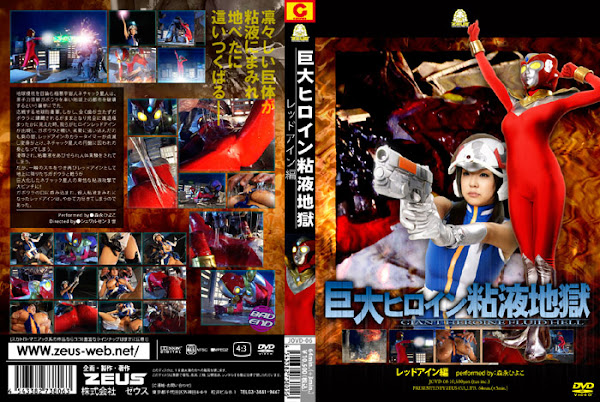 Nasty evil aliens Nechaks set their eyes on Earth for world domination and they commit vicious acts of terrorism. The villainous aliens destroy the cities， using the monster Gaboura. Earth’s defense forces fight back immediately， but they are no match for the monster and it is only a matter of time before humans are completely defeated. That’s when our heroine Redain arrives， fighting Gaboura and almost wins the battle， but a warning light starts to blink， and her transformation is canceled. She is caught and imprisoned in the aliens’ spaceship. Drenched in sticky fluid， our superheroine is humiliated by Nechaks turning her into a human guinea pig. Though she manages to escape to the ground and becomes Redain to fight Gaboura， she finds herself in peril again when a Nechak becomes enormous and uses a sneaky attack with fluid! Swallowed into the mouth of Gaboura， Redain is covered in deadly fluid and the superheroine falls in the end. [BAD END]