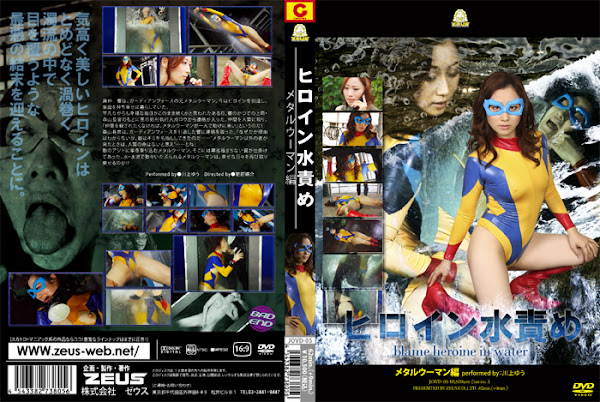 Hibiki Manaka is a former superheroine Metal Woman， a member of Guardian Force. Having retired， she now lives happily with her family. It is thought her peaceful days continue forever when an evil executioner Gallow sends a message to Commander Moriyama， superior officer of the unit she once belonged to. Taking her ex-fellow Guardian Force members hostage， Gallow tells Metal Woman to come to him alone if she wants to save the life of her former partners! Commander Moriyama contacts Hibiki and asks her to come back. Commander also warns her; he doesn’t know why， but the enemy insists on her coming alone， saying: “If someone other than Metal Woman shows up， all hostages will be dead.” Metal Woman sets out to the enemy’s base on her own， where a cunning trap is set for her. Metal Woman has to go through water and water spray tortures over and over again. Will she ever be able to go back to those happy days again?! [BAD END]