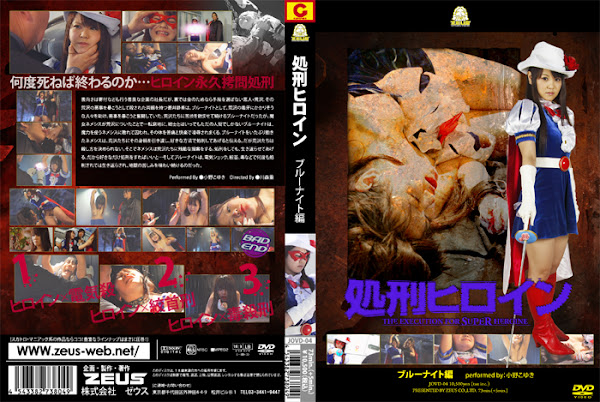 Ostensibly Arasawa is the president of a good enterprise， but he is actually a man who would do anything to obtain money. Shizuka Aoi， aka Blue Knight， tries to uncover the truth about his sinful deeds because her parents were killed by him. Blue Knight was able to stop Arasawa until Nemesis joined his team. Blue Knight fights against the witch， but Nemesis is way beyond her power. She has no chance against the powerful sorcerer. Blue Knight is captured and disgraced by the enemy. Later， Nemesis gets bored of playing with Blue Knight and allows Arasawa to execute her. But he and his men cannot make up his mind. Nemesis suggests a great way of torturing the beautiful girl. She says she will revive her every time she dies. This will allow them to enjoy many different ways to kill a person.