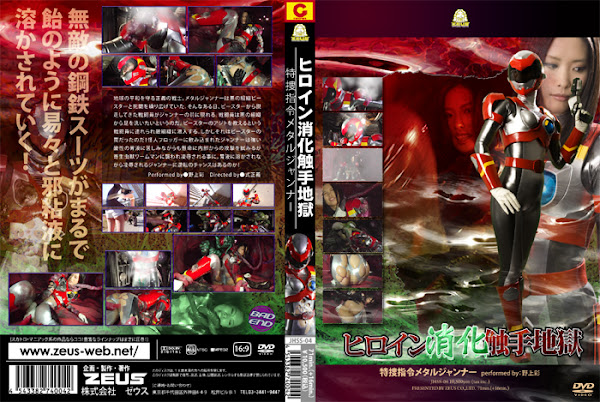 Metal Janner， the heroine of justice protecting the peace of the Earth， has been battling with evil organization Beaster. One day a combatant of Beaster approaches to Janner， saying that he had defected from the dark organization’s armies. He even teaches where the organization’s hideout is， so Janner sets out to infiltrate the enemy’s territory with the combatant as a guide. However， it was a trap set by Beaster! Swallowed up by the monster Frogger， Janner is tormented by the monster’s strong acidic stomach juice. She attempts to attack from inside the monster’s body， but she is humiliated and disgraced by the parasitic beast Wormman. While being disgraced， Janner starts dissolving covered in the stomach juice. Can she fight back and win the battle? [BAD END]