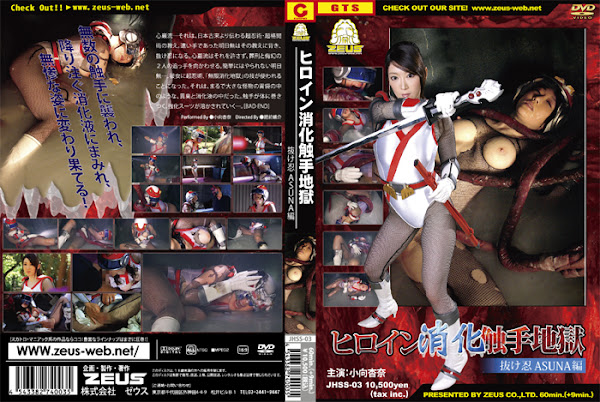 The Severe-Spirit Ninja Style―it’s the teachings of the Super Ninja Techniques and the Super Combative Techniques which have been transmitted from ancient times in Japan. ASUNA (means no tomorrow) was a user once but she betrayed the teachings， and then she has become the runaway ninja. People of the Severe-Spirit Style have never forgiven it and made two pursuers， Soukei(means a death punisher) and Bugen(means a magical torturer) chase ASUNA. But contrary to their will， ASUNA isn’t easily beaten... So， against ASUNA， they execute their super ninja technique called ”The Infinite Digestive Hell.” ASUNA is driven into just as a huge monster’s stomach which is filled with the nasty smell and spooky digestive juices. Moreover， the tentacles coil around her body， and then her strengthening suit is being melted... [BAD END]