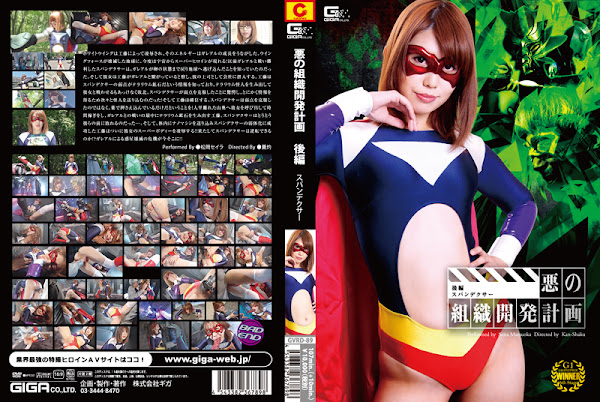 White Wing was defeated by Kudo and her energy made the monster grow more powerful. Now that the Wing Force no longer exists， Spandexer comes to save Earth! While Spandexer is after the monster， she senses Kudo having supernatural powers similar to the monster’s. She disguises as a normal human who just got transferred to Kudo’s work place. Kudo knows her secret that she is weak against the Terrarium Ore and sends a Terrarium Monster against her. But the monster is easily defeated by her! Did she finally overcome her only weakness!?... After watching the videos of her fighting， Kudo finds out there is a time limit to how long she can be around the Terrarium Ore... Spandexer is finally defeated by them and gets captured. She gets released but she is no longer powerful!! And so the monster’s world destruction begins... [BAD END]