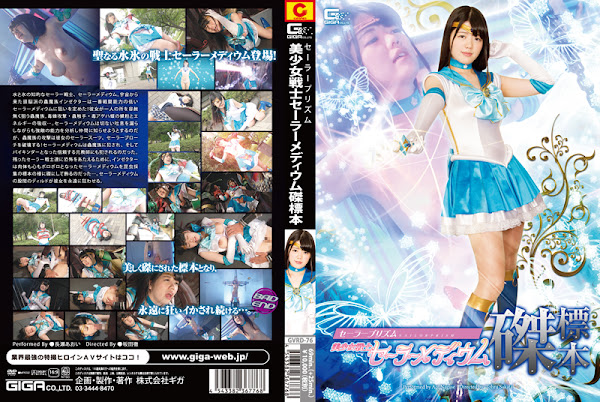 Sailor Medium is a clever heroine of water and ice， who risks her life to eliminate Inzectors. The monsters make her the first target because she has the lowest fighting ability. They wait for a chance to attack until Sailor Medium becomes alone. The monsters attack using poison needles， tentacles， poison scales， and energy drainer! Although Sailor Medium has a desperate battle， she tries to find their weakness so she can report to her friends. But Inzectors destroy her Sailor Broach before she can do so! Now that Sailor Medium no longer had the power to fight， she is disgraced by the Inzector and Bacterium， who is her former teacher transformed into a monster. The Inzector display the beautiful heroine like an insect in a specimen case to show the rest of the sailor fighters... A dildo is shoved inside her to make her go insane.