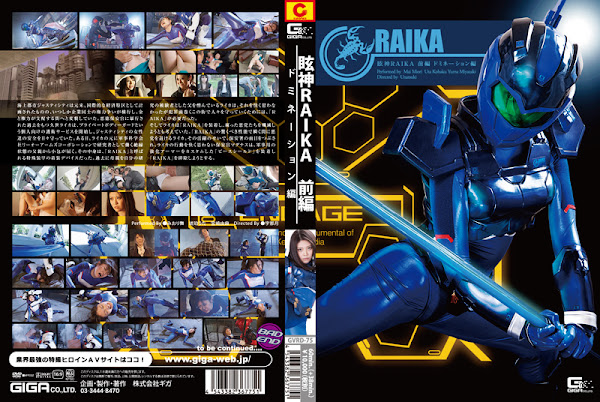 Justy City is made on an artificial island. It was originally created as a special economic zone but things have changed since then... Three years ago， Raika Kuze was assaulted by immoral sheriffs. She now works as a private bodyguard for women. One day， Raika receives a package from her father， whom she ended connections with. Inside the package is a special armor named RAIKA， which was created by her father in the Leor Arms Corporation. Although Raika has a grudge against her father for using her mother as a test subject， she needed the armor to protect the people of Justy City. Raika Kuze uses RAIKA to fight against all evil! But the Public Security Section did not feel grateful about her. Sheriff Magnus uses the customized armor， Peace Shield， to defeat Raica.