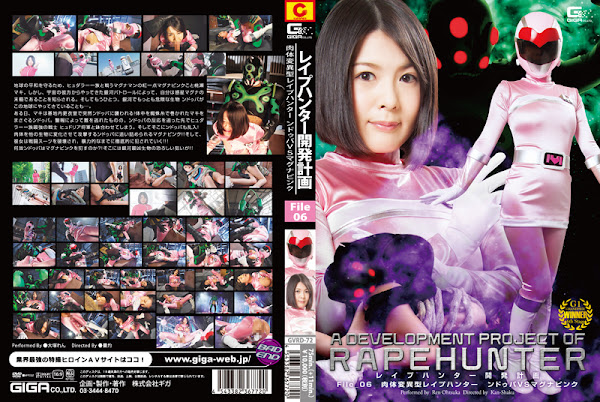 Maki Momose (aka Magna Pink) fights as a member of the Magnaman to protect the people from the Hyudlar Army. One day， the Galaxy Patrol informs her that she is the sole survivor of the Planet Magna. And an another information... A deadly monster is approaching Earth. While she is distressed， Umdba surprise attacks Maki in the dressing room. Umdba caresses her who is tied up with a spider web. But she manages to escape from it， thanks to the emergency alarm. Later， she chases Umdba but collides with General Hyudria of the Hyudlar Family. Umdba shows himself and participates in the battle! Magna Pink is cornered by it which can mutate itself into any shape or form!! The monsters destroy her Fighting Suit and..! What is Umdba’s purpose of fighting!? [BAD END]