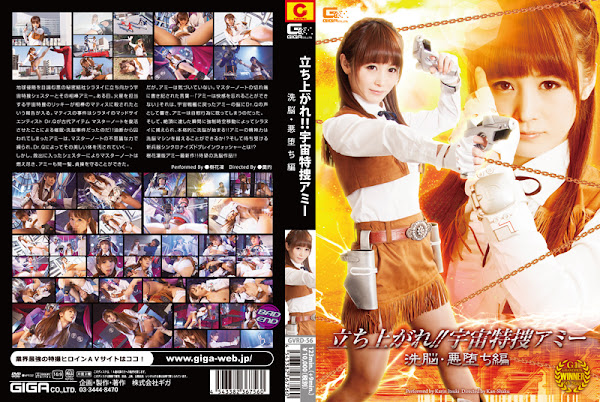 Space Investigator Chester and Ami fight against the secret society， Shiranui. One day， news come in from the command center: Ricky， the investigator in charge of Mars， was betrayed by his partner， Matisse. Matisse’s betrayal is caused by Dr. Q’s ancient item， Master Note. The notebook has an ability to brainwash people!! Later， Ami is captured because of her carelessness. Dr. Q uses the notebook to control her with a mysterious power. But luckily Chester rescues Ami before she gets disgraced and burns the Master Note. But Ami did not know about the scrap of the notebook... ’Ami will never forget the sexual pleasure’ She returns to the battleship and hears Dr. Q’s voice in her head. Ami excessively has the libido to masturbate. Then， just after she has an orgasm， she is transported to an another dimension. The soldiers of Shiranui capture her and the brainwashing begins!! Will Ami be able to bear the mental blow by the brainwashing machine and the Synchronizing Brainwasher!?