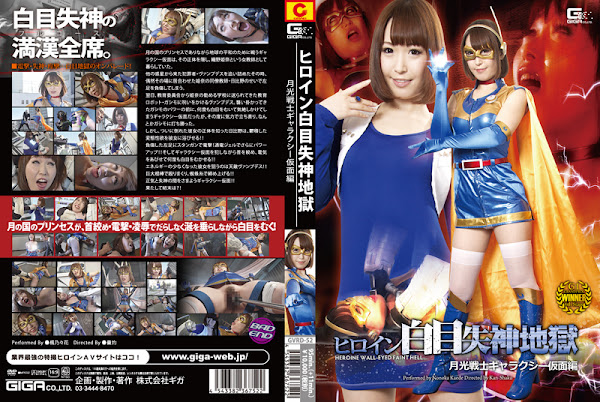 Galaxy Mask is the princess of the moon who protects Earth， but she is disguised as Himena Orino the school teacher. Although she successfully cornered Vampdeath， she gets wounded because of Mr. Hibino. The next day， the Board of Education sends the school an Education Robot named Gashimo. But Vampdeath curses the robot to attack Galaxy Mask. She has a hard time fighting against the mighty robot， but somewhat destroys it. But Mr. Hibino finds out the true identity of Galaxy Mask and attacks her. Mr. Hibino stuns her wounded leg! He strangles her while raping her. When she is out of energy， she must charge the power by holding the transformation ring up to the moon. But Vampdeath beats her with a giant club and strangles her with the spider web! Will Galaxy Mask be able to remain calm and strong!? [BAD END]