GVRD-49 Sailor-Fighters Tentacle Monster Swallowing, Insult from the Inside Part 2 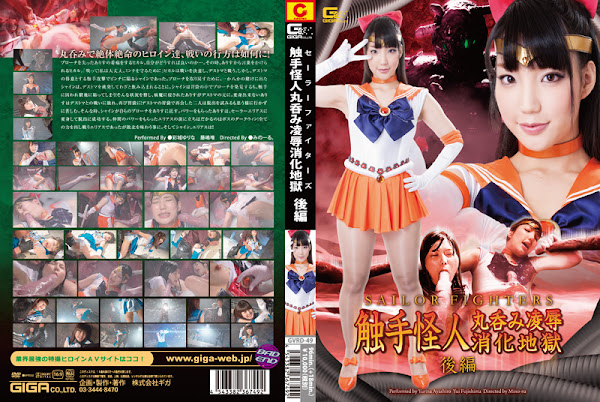 Hikaru is nursing Hikaru after the monster stole her broach. She is worried terribly about her best friend. At that moment， Alice says， ’Don’t worry about me， defeat that monster for everyone’ Hikaru makes a firm resolution to defeat Destoma. But Destoma’s tentacles were beyond her power. She decides to turn the tables with a single successful attack by getting purposefully swallowed by him. Sailor Shine finds the broach inside the monster’s stomach but she gradually loses power. But then， Alice senses shows up to assist her friend. Alice enters into Destoma’s stomach to rescue her friend but they cannot make an escape. Sailor Shine decides to use the last resort， which was to give Alice her own broach. Alice regains her supernatural power and changes into Sailor Elias. Luckily she escapes from the monster’s stomach but the almighty Darkwin shows up! With the sacrifice of her friend， Sailor Elias fights against the final boss!