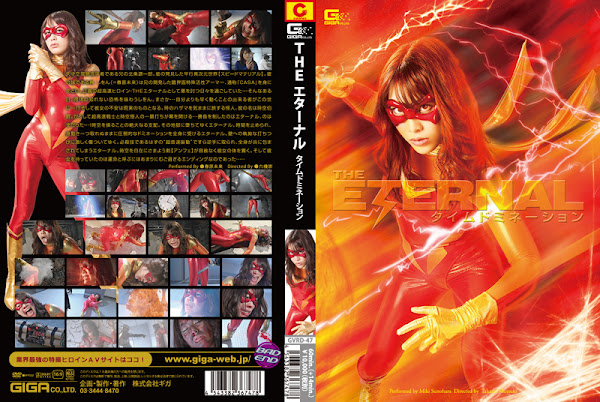 Genichiro Hojo is the leading expert of the space physics. He is the discoverer of the ’Speed Material’. His one and only sister， Shion Sakaki， wears the special armor created by Genichiro to fight for justice and changes into the Speedy Eternal... One day， Shion meets an enemy who can move faster than her... His name is Earl Space-Time. And so， the battle between the Eternal and Earl Space-Time begins... The winner of the battle is Eternal， but...! Earl Space-Time stops the time and attacks Eternal while she cannot move. Even her special attack does not work against the foe. She tries her best to defeat the powerful monster but... [DEAD END]