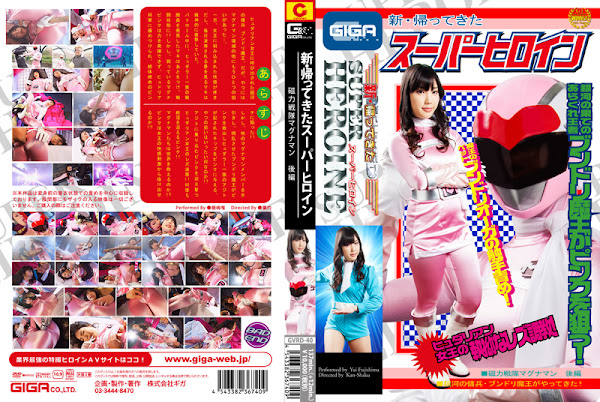 Queen Hyudlian summons Bundori to defeat Magnaman. But he had an another plan besides defeating the superheroes... After that horrifying day， Maki has a nightmare of getting disgraced by the Queen. While she was patrolling the city， she finds members of the Hyudlar Family. Maki follows them into the headquarters but gets into a battle! But due to the Queen’s seal， MagnaPink has no power left and General Hyudlar tries to finish her. But Bundori goes in between the two and stops the fight. He gives Pink the location of Hyudlar Family. What is Bundori trying to do? Pink sneaks into their lair and gets disgraced by Queen Hyudrian! Will Magnaman be able to save the world!? Will Pink be able to escape from the Queen?! [BAD END]